Photos for sale can be seen in Mike Walsh Photos website.

October 18, 2014 (Saturday):  My fingers were freezing after shooting the Tetons at sunrise, so I dawdled in the lodge lobby at Grand Tetons NP for a few minutes to warm up and loaded camera backs with film, then headed north to Yellowstone.  My first goal was the Lower Falls of the Grand Canyon of the Yellowstone. I got to the side-road for it, and saw that a bunch of cars were parked on both sides of the road, and about 20-30 people were standing with a ranger looking into a meadow. About 200 yards away was a 300-lb. female grizzly gorging herself on the meadow in preparation to hibernate. It was my first opportunity to use my observation platform, so I climbed up to my roof with my tripod and camera and had a view above the heads of the other gawkers. At that distance, even with a 500mm lens, the bear was pretty small in the frame, and the tall grass often obscured her as she was lolling about. But I shot my first grizzly: 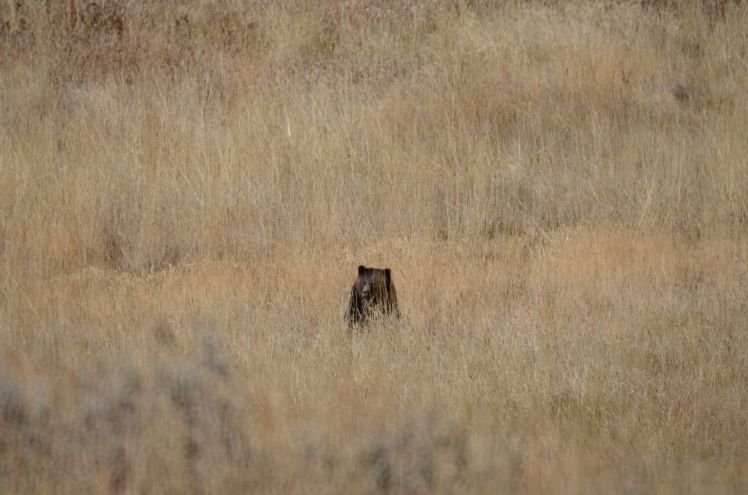 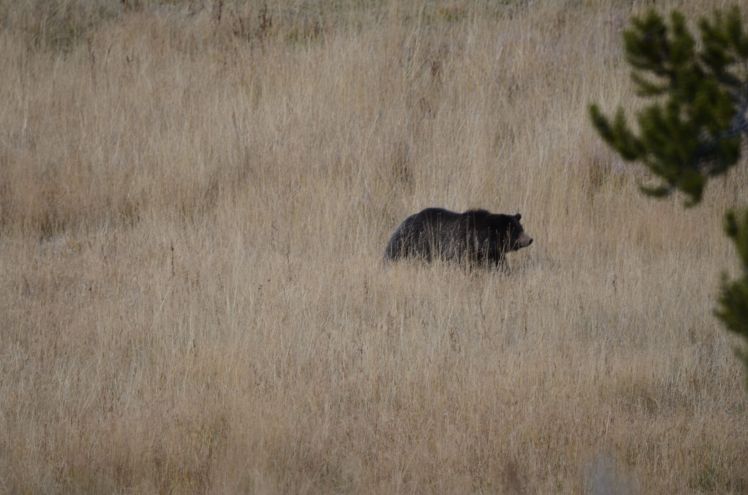 I told myself I’d get a super telephoto lens one day.

Lower Falls was beautiful, of course, but the afternoon sun was at the wrong angle, so I planned to return at sunrise. I headed to Madison, one of three campgrounds still open in the park. I didn’t much like it: Full of motorhomes and kids, to be expected on the last weekend of the seasonal campgrounds (only Mammoth Hot Springs is open year-round). But at least I heard coyotes that night.

Clearly, I need to go back for some more shots.

Sept.-Oct. 2015: I got my super telephoto (900mm equivalent) a year later, but I didn’t use it in Yellowstone since I saw no bears there on this trip, and it was apparent that an even more powerful (and much more expensive) lens was required to see the wolves.  So, I contented myself with shorter and more affordable lenses: 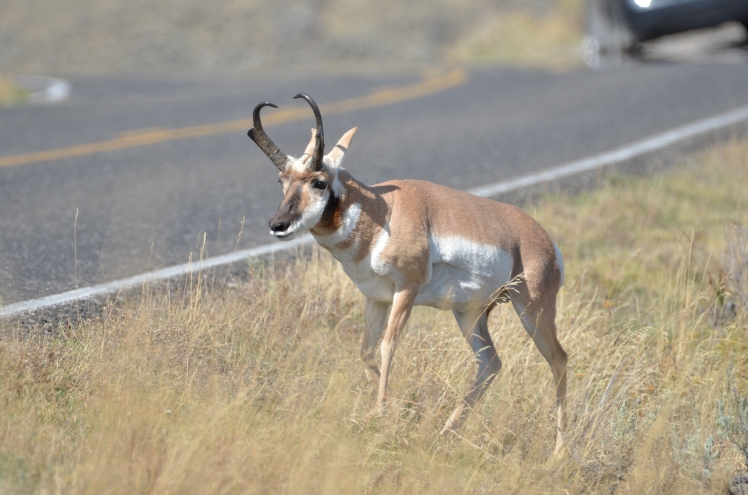 And I shot the wolf shooters instead: 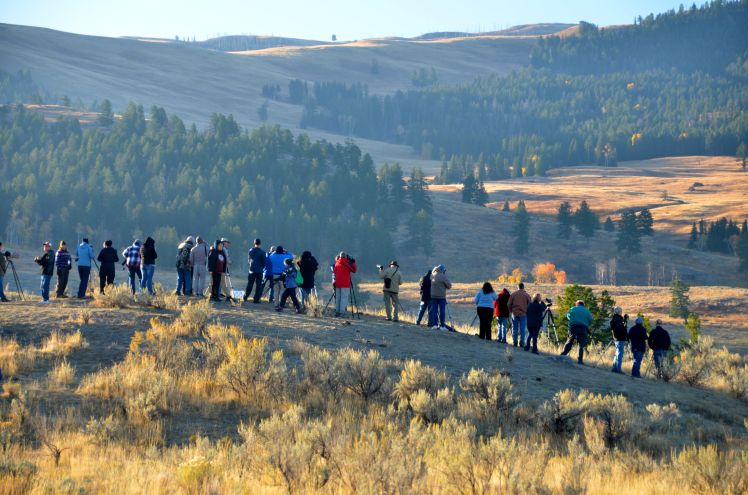